many years. These toys have helped improve and develop skills in children such as motor skills and also have developed imagination. Lego not only has toys intended for children but also has sets for adults to build and collect.

Lego is a symbol of imagination and creativity, for this reason we have selected the best Lego sets for all ages.

In this buying guide we will talk about the best-selling Lego sets and where to buy these wonderful products with customer opinions. Ready, set, CREATE!

Next we are going to talk about the five best Lego Sets based on quality and price.

This Lego Lamborghini Sián car is the best-selling model, it has 3,696 pieces but it is not difficult to assemble.

Among its most outstanding features we can say that it has a V12 engine, which has front and rear suspension, eight speeds, rear and front hood, gold wheels, disc brakes, steering and doors that open in scissors.

When building the best-selling Lego car, you just have to follow exactly the brochure with the instructions for use, we can also say that it comes in glamorous and luxury packaging.

This car borders on the reality of the original product thanks to its elegant design and for every detail. 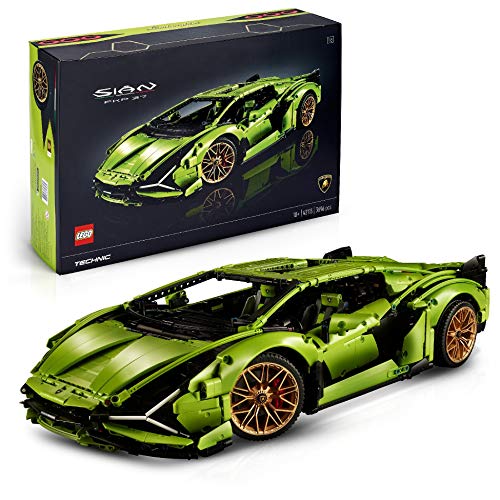 Everything that has had to do with the Harry Potter movie has always been very successful, in this case we are dealing with the Hedwig owl that is on a resistant base with an identification plate in the typical Harry Potter typeface.

This Lego set is the cheapest on the market and that is why it is one of the best-selling Lego products on Amazon.

Among the advantages of this super Harry Potter product is that it only has 630 pieces so assembling it will be quite easy and perfect dimensions of 0.28 x 0.08 x 0.26cm.

This collectible doll will be a wonderful addition to any Harry Potter Lego collection, it is also one of the most beloved pets by Harry Potter lovers. 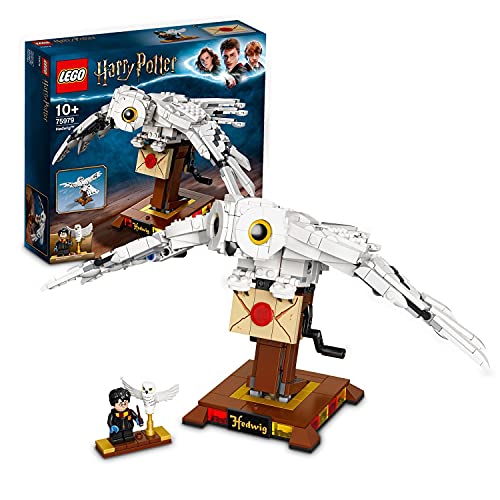 As we well know, everything that has to do with Harry Potter is a success, no matter if it is a figure, the mythical bus or the castle, everything is in high demand and is also highly valued. This Hogwarts astronomy tower has several levels and also recreates the most popular scenes from the movie.

It comes with the eight most representative Harry Potter movie figures such as Harry, Hermione, Ron, Luna, Neville, Draco, Lavender Brown and Professor Horace Slughorn, plus a Hedwig figure.

The accessories that the Lego Harry Potter castle from Hogwarts comes with are: mandrake plants, letters, wands, a potions book, broom, cakes, wine glasses, lanterns, torches and candles. This castle is ideal for entertaining and having fun.

One of the advantages of Harry Potter Castle is that it is easy to build and that the instructions are very well explained. 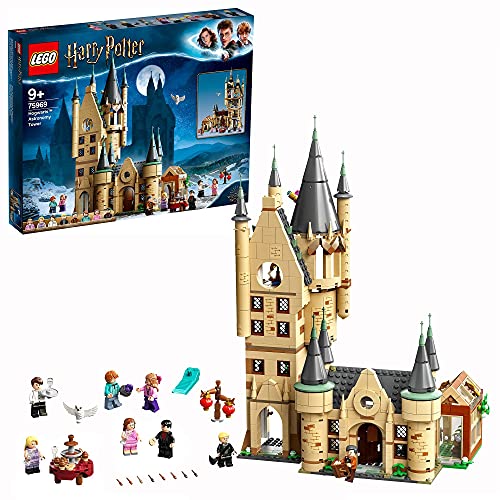 This Star Wars Lego transport shuttle is one of the most representative objects of this movie that has been so successful since it appeared. In fact, it is one of the best valued and most demanded Legos by lovers of the Star Wars movie.

It’s great for role-playing games and combines with other LEGO Star Wars sets for extra action. 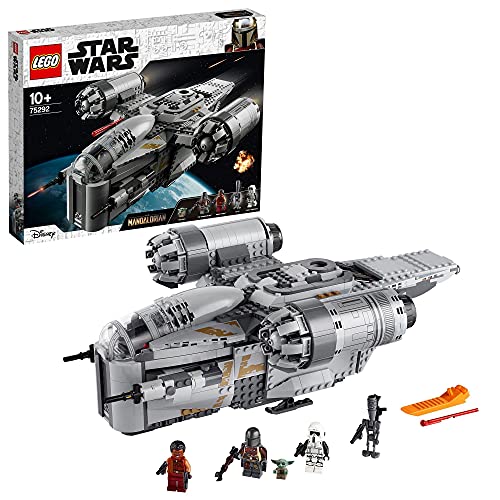 This Lego set is one of the most fun to take the little ones to a wild place.

This Lego will inspire many funny stories where children will have to plan a fun jungle rescue and take care of all the sick animals.

This Lego has four different scenes: a watchtower and a treehouse clinic connected by a rope bridge, a jungle cabin with a picnic area, and a tree fire pit. It is a very versatile and fun game, they rescue young animals, they are veterinarians and scientists.

This Lego Friends comes with buildable mini-dolls: Andrea, Mia, and Olivia, a baby elephant with her mom, 2 sloth figures, a turtle, a drone, and a rescue quad. It also comes with a variety of accessories such as: 2 walkie-talkies, a syringe, baby bottle, stethoscope, X-ray machine, computer, telescope, solar panels, pizza and cups. 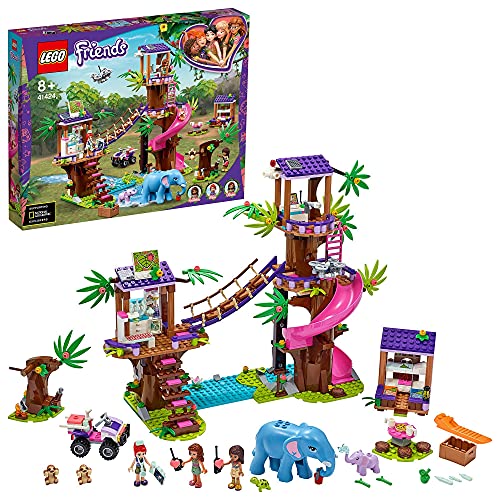 Lego is a Danish brand that is dedicated to making construction toys for children but also for adults. It has a wide variety of its own series such as Lego Duplo and Lego Mindstroms among others.

The name “LEGO” is an abbreviation of the two Danish words “leg godt”, which means “to play well”.

When lego was created?

The LEGO Group was founded in 1932 by Ole Kirk Kristiansen. The company was passed down from father to son and is now owned by Kjeld Kirk Kristiansen, a grandson of the founder.

At first he was dedicated to making wooden articles but since 1949 he has been making plastic construction toys. The headquarters of this company is in Billund and is in more than 130 countries around the world.

This brand became quite popular and famous because wooden toys were more accessible than those imported from metal during World War II.

How Lego bricks are made?

Lego since 1940 has used plastic as the main material to make its construction toys. Over the years, this company has been perfecting its products to offer the smallest children the greatest safety and adapting to the quality policies that have been changing during over the years.

The materials they have used since 1964 are more resistant to high temperatures and are free of toxins (ABS plastic). From 2o10 they began to manufacture with plastics from vegetables such as potato starch, corn or soybeans.

Lego is committed to the environment and seeks to renew its bricks. Lego wants to eliminate its dependence on plastics derived from petroleum, and thinks that by 2030 its toys are made entirely of recycled or plant-derived materials. The company wants to change the materials but for the product to remain exactly the same.

Is Lego only for kids?

Currently, Lego is designed not only for children but also for adults. There are a wide variety of series for all ages, from Legos for children to play as Lego for collectors. Both children and adults and even older people are entertained and have fun with these wonderful colorful blocks.

Can Lego go in the dishwasher?

Comparison of the best Lego sets of 2021 on the market

Information about ToysFun.net: The products that appear on this website belong to AMAZON SERVICES LLC. The content is displayed directly from the Amazon.com platform, so if Amazon changes it without prior notice, it can change the content and prices shown here!